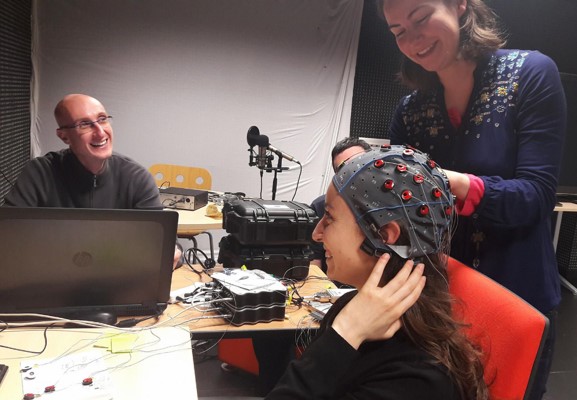 Specific background on experimenters:
Throughout the research and development process of MI-BCI, human supervision (e.g., experimenter or caregiver) plays a central role. While providing emotional and social feedback, experimenters need to present the technology to users and ensure the smooth progress of the MI-BCI training and use. Though, their impact on the MI-BCI training outcomes remained unassessed. Such influence is to be expected as social and emotional feedback were shown to influence MI-BCI performances and user experience and experimenters are the main source of such presence and feedback. Furthermore, literature from different fields indicate an effect of experimenters, and specifically their gender, on experiment outcome.