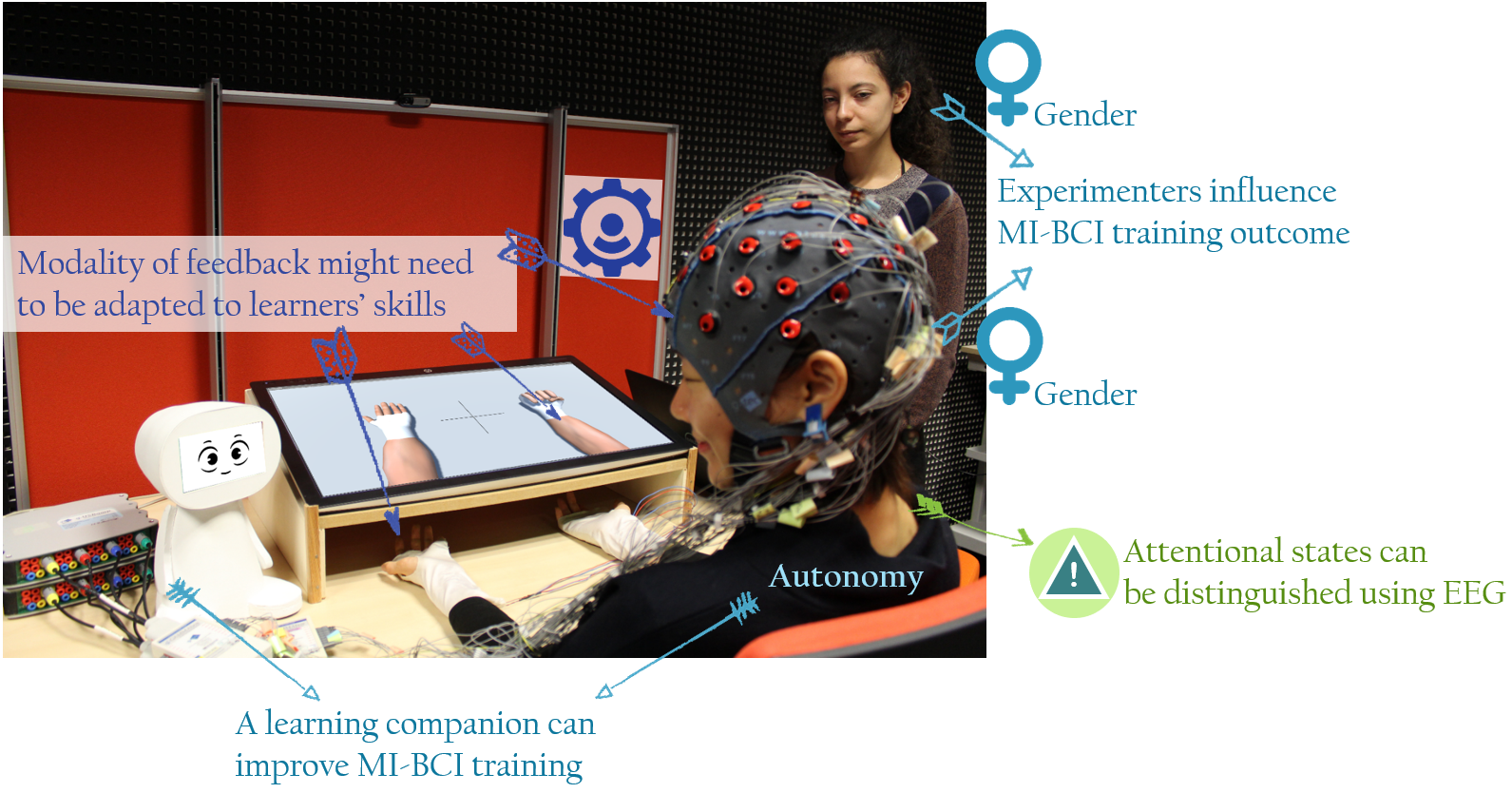 Mental-Imagery based Brain-Computer Interfaces (MI-BCIs) present new opportunities to interact with digital technologies, such as neuroprostheses or videogames, only by performing mental imagery tasks, such as imagining an object rotating.

The recognition of the command for the system is based on the analysis of the brain activity of the user. The users must learn to produce brain activity patterns that are recognizable by the system in order to control BCIs. However, current training protocols do not enable 10 to 30\% of persons to acquire the skills required to use BCIs. Some of the users’ traits and states, i.e., respectively their stable and temporary personal characteristics, are correlated with the ability to acquire MI-BCI skills. The current lack of robustness of BCIs limits the development of the technology outside of research laboratories.

This thesis aims at investigating how the feedback provided throughout the training can be improved and adapted to the traits and states of the users. First, we investigate the role that feedback is currently given in MI-BCI applications and training protocols. We also analyse the theories and experimental contributions discussing its role and usefulness. Then, we review the different feedback that have been used to train MI-BCI users. We focus on three main characteristics of feedback, i.e., its content, its modality of presentation and finally its timing.

For each of these characteristics, we reviewed the literature to assess which types of feedback have been tested and what is their impact on the training. We also analysed which traits or states of the learners were shown to influence BCI training outcome. Based on these reviews of the literature, we hypothesised that different characteristics of feedback could be leveraged to improve the training of the learners depending on either traits or states. We reported the results of our experimental contributions for each of the characteristics of feedback. Finally, we presented different recommendations and challenges regarding each characteristic of feedback. Potential solutions were proposed to meet these recommendations in the future.